Some time ago I set out to camp on all seven of the Mourne Sevens. That is all seven peaks over 700 metres. I finished up with Slieve Lamagan in July 2016. Most of them I have camped on multiple times now.
Since then I have developed a long term plan to camp on, or as close as I can to all of the Mourne 500’s. That is all 39 peaks in the Mournes over 500 metres. This is obviously a much more ambitious plan which is why I have set absolutely no timescale in which to do it.
Below is a map and table detailing the locations of all 39 peaks and my progress. Those marked in red have still to be completed. I will update as I go.
For each completed peak, clicking on the name in the table will link to the relevant post. 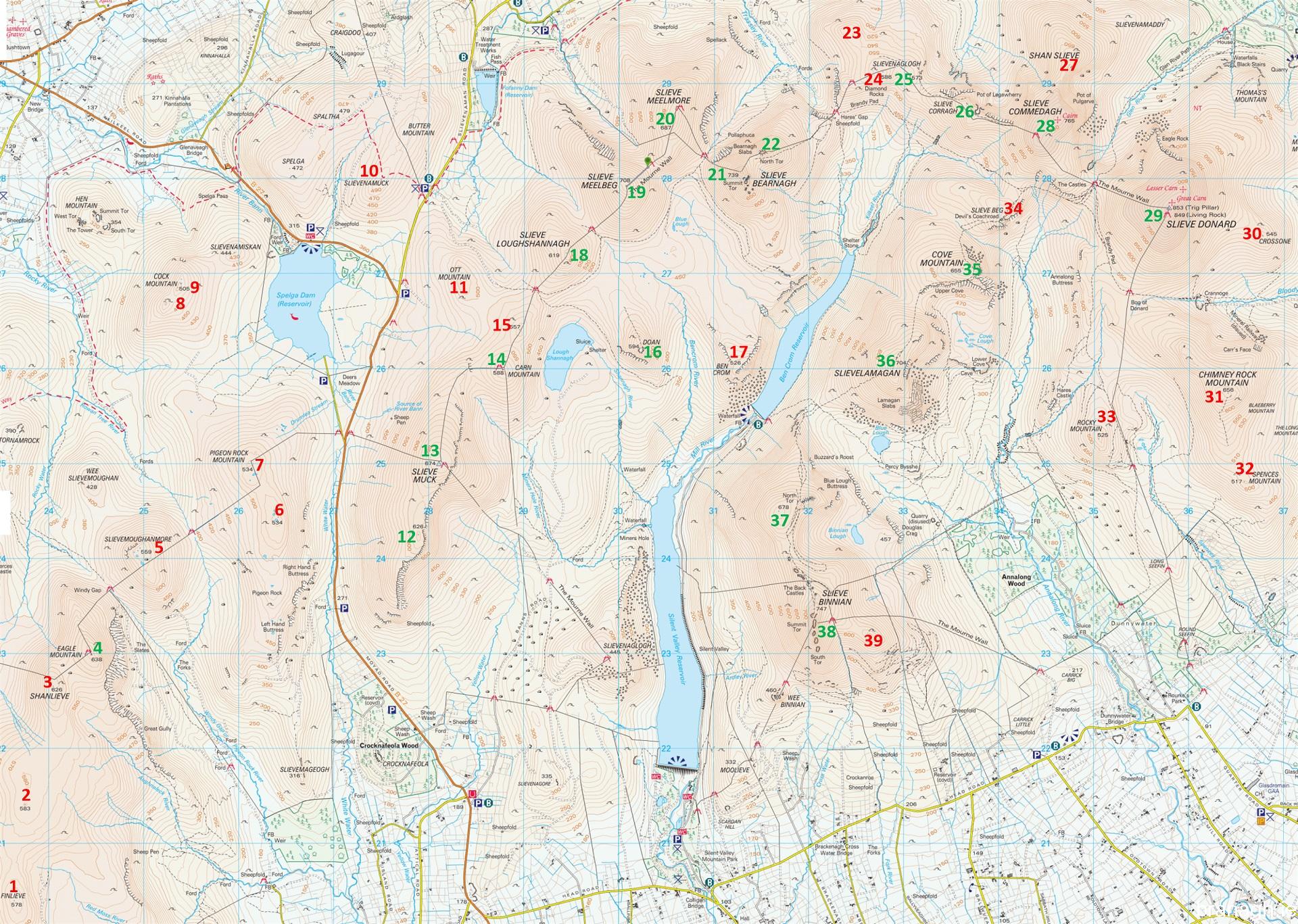 This site uses cookies to improve the user experience. By continuing to use this site you are signifying your acceptance. OkMore Detail